We Celebrate The Creator

The Church of the Cross is a community of Christ-imitators where people are respected, loved, and called to God-honoring excellence as they serve the Lord and others in His name.

We are Rooted in the Past, Sheltering the Present, Reaching Out to the Future, and Empowered By the God of the Ages.

Being a Christian is more than just an instantaneous conversion – it is a daily process whereby you grow to be more and more like Christ.

God cannot give us a happiness and peace apart from Himself, because it is not there. There is no such thing. 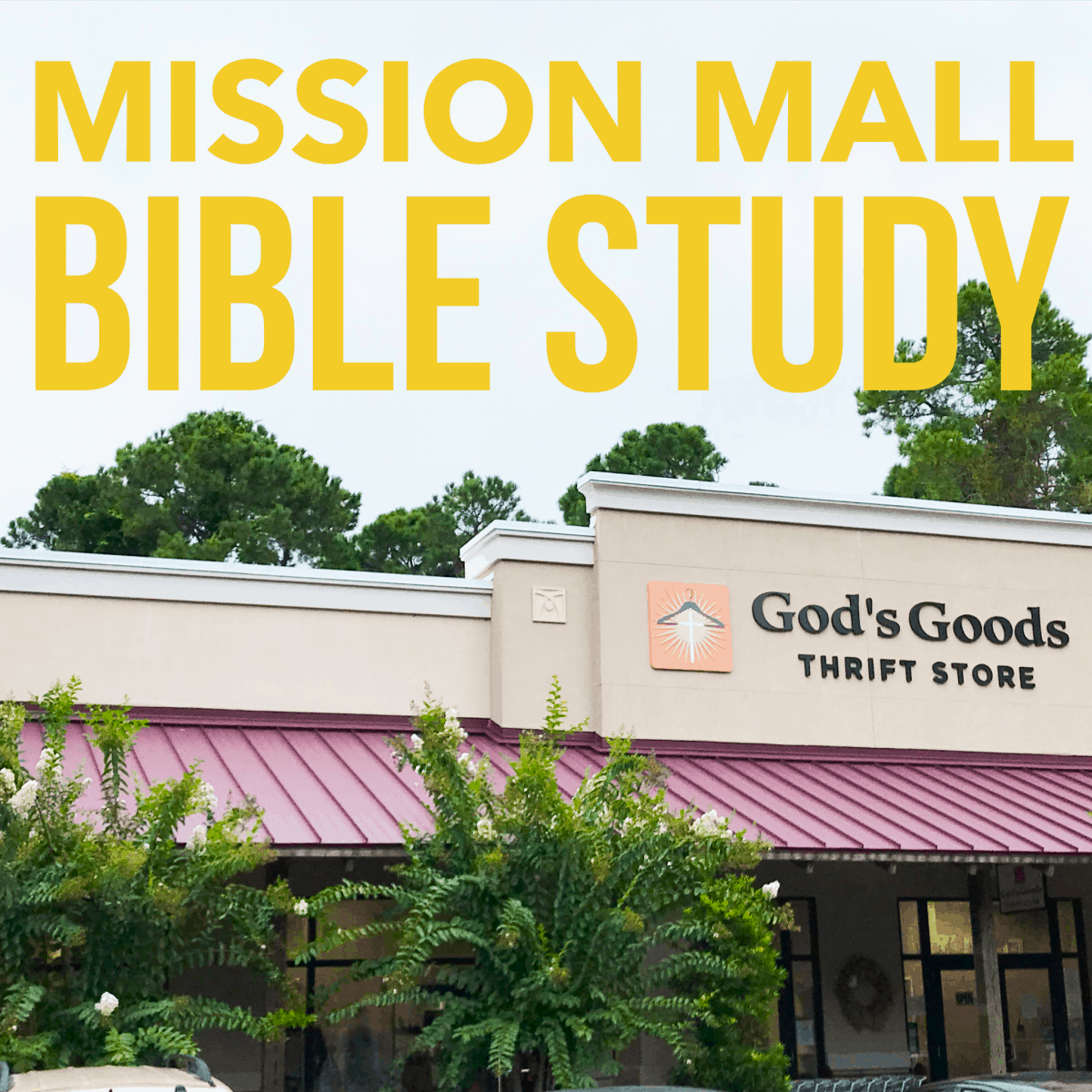 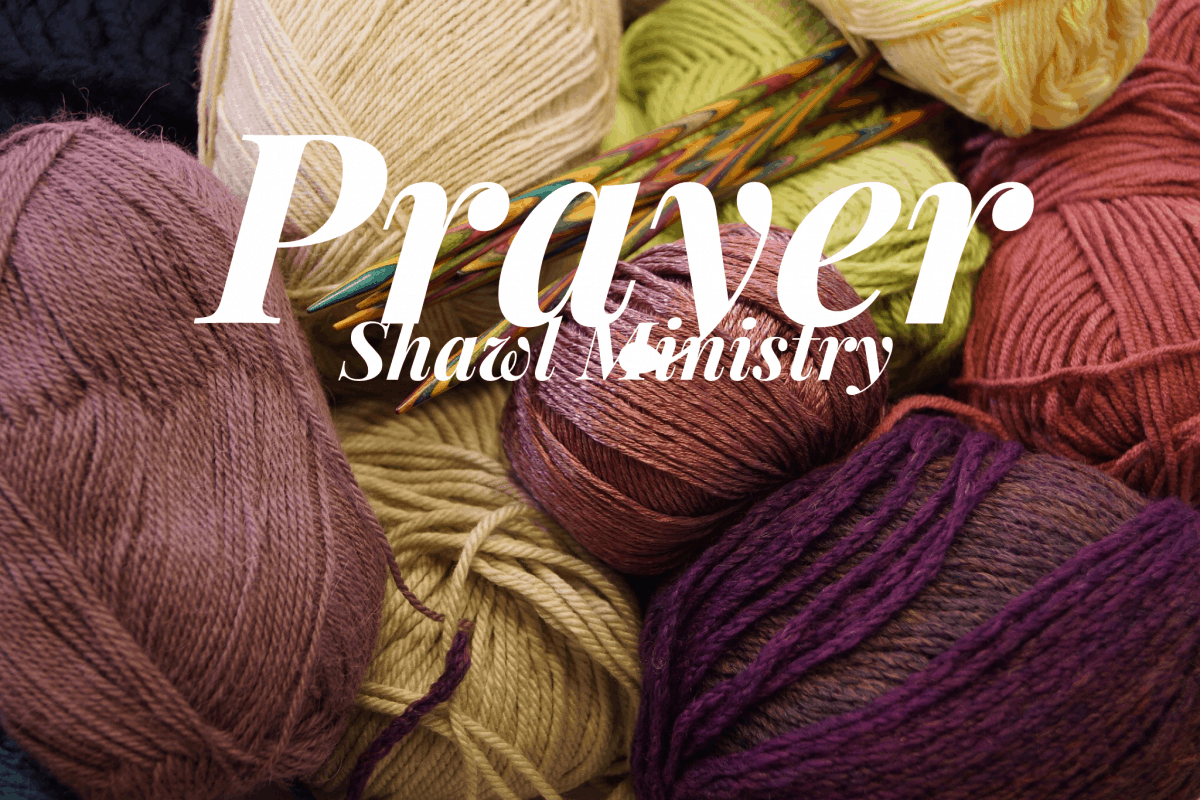 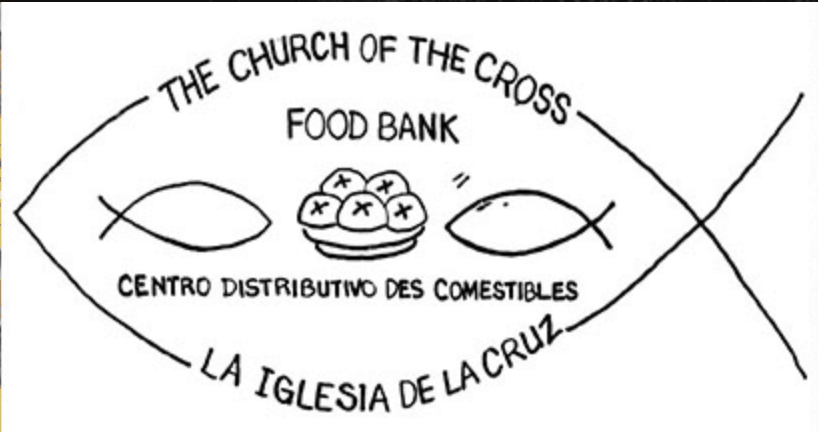 An event every week that begins at 1:30 pm on Monday, repeating indefinitely 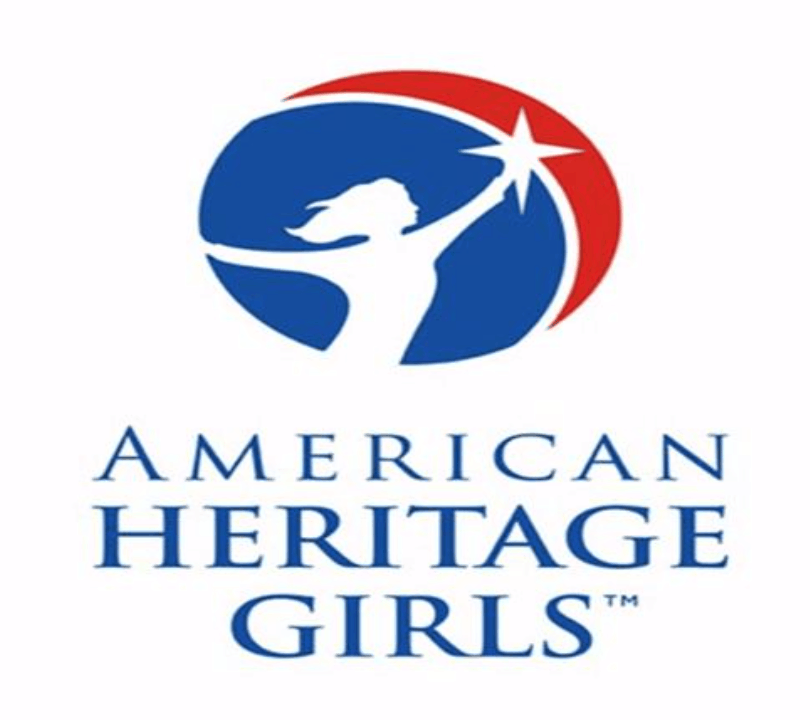 Peace and Rest of Heart

The other day I was reading a devotional from Paul David Tripp, and I wanted to share some of it with all of you.

If you trust only when you understand, you’ll live with lots of doubt. God’s wisdom is bigger than anything your mind can conceive.

So where is peace and rest of heart to be found? You rest in the fact that in His Word God has told you all the things you absolutely need to know, and then you rest in the complete perfection of His wisdom and character. You rest not because you know, but because the One who knows it all is the definition of what is wise and what is good.

Ask and it will be given to you; search, and you will find; knock, and the door will be opened for you. 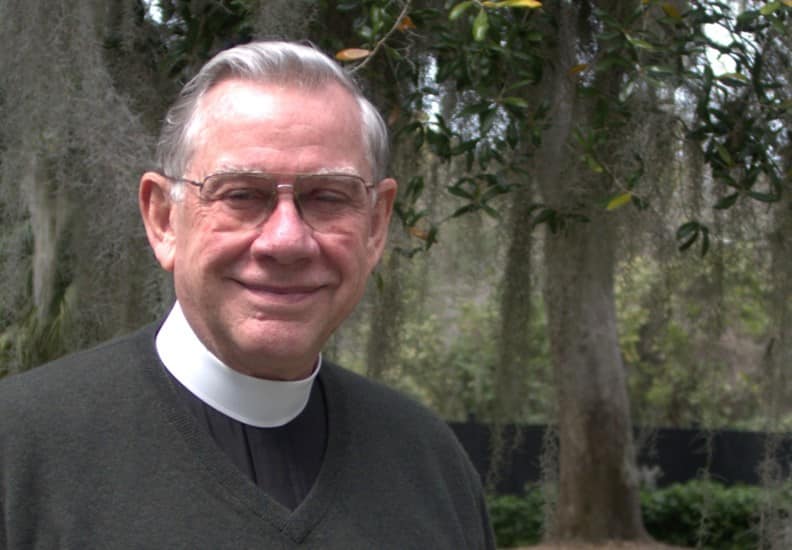 The Very Rev. Dr. Charles E. Owens III (Chuck) is a grass roots believer who knows first-hand the struggles and challenges of everyday life. He is a real world disciple having spent over thirty years as an educator and independent school headmaster prior to entering full-time ministry. Married for forty-three years, he and his wife Becky have two children and five grandchildren.

Father Owens discerned a call to ministry, read for Orders, and was ordained a deacon by the Rt. Rev. Edward L. Salmon, Jr., South Carolina XIII, in January 1994 and priest six months later. He served for two and one half years as Curate at the Church of the Redeemer in Orangeburg, South Carolina, before being installed as Rector of The Church of the Cross in Bluffton, South Carolina, in August 1996. In addition to countless seminars and ongoing professional programs, his education includes a B.S., M.Ed, and D.Min.

During his half century in the Anglican Church, Father Owens has served in various lay leadership roles at the parish and diocesan levels. As a priest he has been a member of the Diocesan Council, the Commission on Ministry, the Board of Trustees of York Place and the South Carolina Christian Action Council. For the past ten years he has served the Diocese of South Carolina as the Chairman of its Congregational Development Committee and as Dean of the Beaufort Deanery.

Father Owens has led many retreats to include: the Diocesan Men’s Conference, the Diocesan Couples’ Conference (with Becky), and numerous Cursillo Weekends. With the full support of his parish, Father Owens travels regularly and extensively in and out of the Diocese of South Carolina facilitating leadership, discipleship and stewardship at both the parish and diocesan levels, most recently establishing ongoing relationships with the Diocese of Kilmore, Elphin and Ardagh in Ireland and the Diocese of Fredericton in Canada. In 2012 he keynoted the Canadian Anglican Cursillo Triennial in Ottawa and began conducting mission events in St. John, New Brunswick, Canada, and speaking in the Leadership Stream of the New Wine Conference in Ireland. He has also developed and conducted two conferences focused on strengthening small congregations throughout the Emerald Isle (Strong Small Churches) – these conferences are now being offered on a continuing basis in Ireland and elsewhere. He regularly hosts teams of lay and clergy leaders at The Church of the Cross.

Relentless in his faith, Father Owens is a gifted teacher and preacher of the Gospel who unashamedly challenges others to grow in their personal relationships with our Lord and Savior, Jesus Christ. Under his leadership, The Church of the Cross has experienced phenomenal growth, built a second campus and Christian school, and has now embraced a vision for a virtual campus ministry committed to reaching and connecting formerly churched believers who now find themselves without access to orthodox Christian fellowship, teaching and worship.

In His power and for His glory, 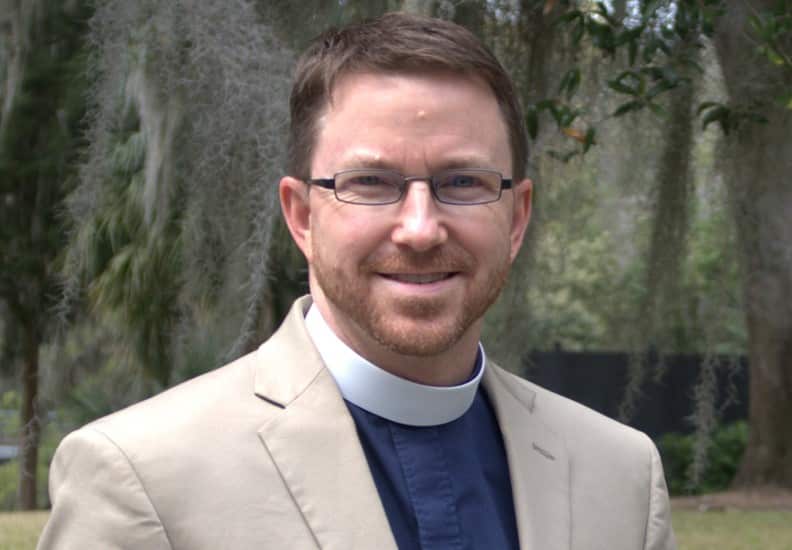 Jonathan spent his life in and around the church, but a true understanding of the Gospel did not come until his freshman year at Appalachian State University when a professor on campus shared the Gospel with him. He was involved with the Young Life Ministry while in Boone and worked as a Youth Pastor on Pawleys Island after graduation. While on Pawleys Island, he realized a call to ordained ministry and went on to earn a Masters of Divinity from Reformed Theological Seminary in Orlando.

After being ordained, Jonathan accepted a call to serve as an Assistant Priest with Prince of Peace Anglican Church in Melbourne, Florida, for three years. In 2005, he and his wife, Lisa, were then led to plant and found a church in Fort Mill, South Carolina. They began in their living room with just their family; two years later they found themselves worshiping with 90 people in the local YMCA. Six years later, Jonathan accepted a call to assist Christ the King Anglican Church in Boone, North Carolina, where he served until coming to The Church of the Cross in 2012.

Jonathan lives in Bluffton with his wife, Lisa, and their six children.

You may have the pleasure of hearing Jonathan share in his sermons and teachings references and quotes from a few of his favorite authors and movies. Here is a glimpse into just a few of his favorites: C.S. Lewis, J.R.R. Tolkien, Dr. Tim Keller, Dr. J.I. Packer, A River Runs Through It, Tombstone, Interstellar, and God Grew Tired of Us.

Pastor Juan joins us from the state of New York, where he served as a youth minister and a church planter since before his ordination in 1999.

While serving as a Southern Baptist church planter, Juan became interested in the roots of the ancient Church, its varied forms of devotion and Reformed theology. Part of this journey was influenced by an Anglican priest who first exposed Juan to the discipline of the Daily Office and the liturgical calendar. While studying at Northeastern Seminary in Rochester, New York, Juan felt led him to pursue his colloquial studies at Concordia Theological Seminary in Ft. Wayne, Indiana.

While experiencing hardship as a missionary in Syracuse, Juan had a personal encounter with Lord Jesus that he considers to be his own “Damascus Road” experience.

Juan is a devotionally deep Christian who believes without a shadow of doubt in the bodily resurrection of Lord Jesus Christ. As part of his spiritual discipline, Juan fosters a humble view of himself as a bondservant to the Kingdom of God. His ministry to Christ, with detachment from titles, defines him thoroughly along with a special love for the unsaved.

His mission at The Church of the Cross is to serve as an ambassador of Christ on behalf of our congregation to the Hispanic and Latino communities of the Lowcountry region. The seed relationships he is establishing now in this region are the foundation for this new missions work for years to come. Pastor Juan is a “heart-man” with whom it is easy to have a sincere friendship, regardless of social status, ethnicity, or political affiliation. In his view, no sin is greater than God’s grace, and no love is greater than that which sacrifices itself for its friends.

Juan has been married to his mission’s partner, Elisabet (Liz), since 1990. Together they have three adult children: David, Daniel, and Marisa.

Kevin was raised in the church, but truly met Jesus during his college years at Florida State University. He was involved with The Wesley Foundation as a worship leader and small group leader while studying for his Bachelor of Arts in Music. Kevin focused his studies on sound engineering and music production and applied those arts to becoming a worship leader.

Kevin returned to FSU in 2009 to earn a Master’s of Business Administration and set off toward a career in non-profit management. But the Lord had other plans, igniting a burning fire in Kevin’s heart to study Scripture, preach the Gospel, and make disciples for the Kingdom of God. One year after marrying his wife, Nicole, the couple moved to Wilmore, KY, to attend Asbury Theological Seminary.

During their time at seminary, Kevin and Nicole felt the Lord leading them to adoption. God opened the door for them to adopt their son, Jesse, who was seven years old in December 2018. Shortly thereafter, the Lord heard Jesse’s prayer for a baby brother or sister, and in May 2019 Abigail Grace was born.

After seminary, Kevin answered a call to assist St. Peter’s Anglican Church in Birmingham, AL, where he was ordained to the priesthood and served until coming to The Church of the Cross in 2019. Kevin has a deep desire for all people to have a life-changing encounter with Jesus. He loves deeply studying Scripture, which you can hear throughout his sermons and teaching.

The Cooks are a sports loving family. Kevin is a huge Atlanta Braves fan and enjoys playing and coaching all sorts of youth sports with his son Jesse. Kevin also loves visiting coffee shops, reading, playing chess, and spending time with family.